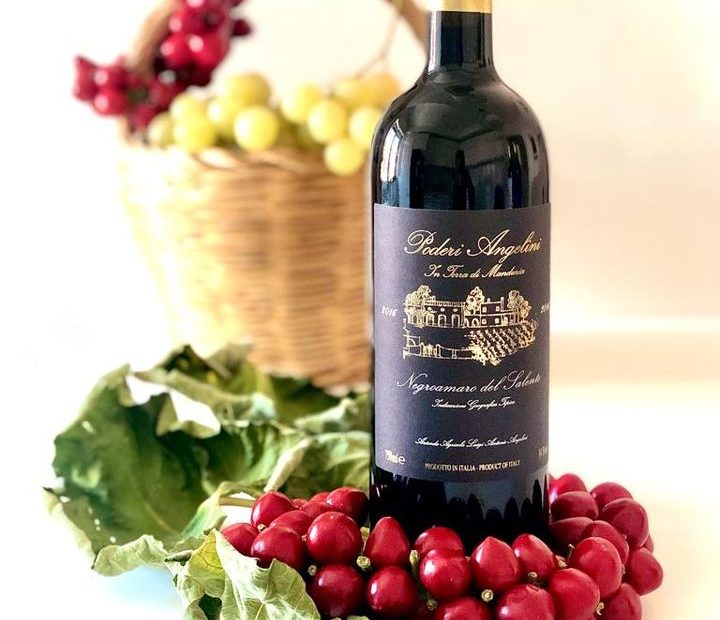 This is a black grape variety of uncertain origin, perhaps introduced by the Greeks in the area around the Ionian Sea. Its name derives from the dialect expression “niuru maru”, because of the grapeís characteristic black colour and the typically bitterish flavour of the wine made from it. It is very common in Puglia, and especially in the Provinces of Lecce, Brindisi and Taranto, where it is often blended with Malvasia Nera or Montepulciano in order to produce elegant reds and rosÈs. It is also spelled Negramaro, but it also has a number of other synonyms, among which are Nicra Amaro, Abruzzese, Uva Cane, Arbese, Albese, Nero Leccese, Jonico, and Mangiaverde. Negro Amaro is the sixth most widely planted black grape variety in Italy, with around 32,000 ha. (79,000 acres) under vine.

Characteristics of the grape variety

Its leaf is large and pentagonal, with a smooth upper surface.The bunch is of medium size and shaped like a truncated cone; it rarely has a side cluster. The grapes are tightly packed. The grapes are of medium size, with thick, substantial skins that are a purplish black in colour.The varietyís yields are abundant and constant; it has a predilection for mixed soils containing limestone and clay, but it also adapts well to other types of soil and to hot, arid climates. It is grown predominantly on the alberello (low bush) and tendone (high canopy) training systems.